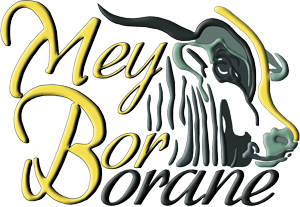 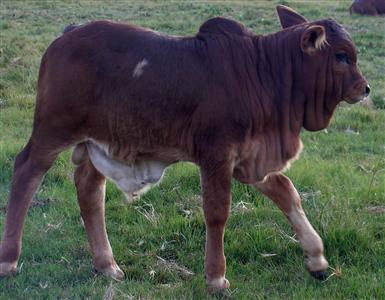 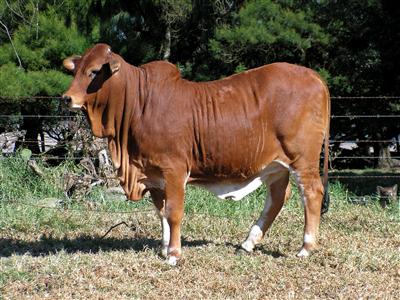 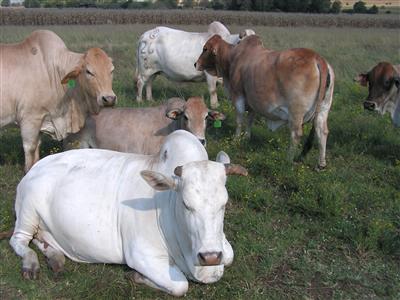 The early 1960's saw the first attempt to bring Boran to South Africa. A Kenyan farmer, Miles Fletcher, farmed Boran cattle and sheep on part of the ranch Sugoroi near Naro Moru, Kenya. In 1962 he decided to emigrate to South Africa with the intention of establishing a Boran herd in South Africa. He transported over 100 herd down to Zambia, where he received news from the Rhodesian Veterinary Services that he would only be allowed to move the progeny of Boran he bought down from Kenya, through Rhodesia to South Africa. In 1963 Miles abandoned his attempt and sold his Boran to Agricultural Enterprises Ltd, a subsidiary of Zambezi Ranching Corp Ltd., situated in the Choma district, Zambia. Their brochure states "Today the Demo Borans are unequalled in Zambia.... the nucleus of the herd having been purchased from Mr Miles Fletcher who is one of the foremost breeders in Kenya.

On reading an article on embryo transfers and the revolutionary role it would play in the transfer of genetics from disease sensitive areas, Miles's great nephew Simon Hodgson, realized that the importation of Boran had now become a possibility. In 1991 Simon Hodgson contacted the The Kenya Boran Cattle Breeders Society (KBCBS) expressing interest in importing Boran into South Africa. In December 1991 the president of the BCBS, Giles Prettejohn extended an invitation to Simon to find a suitable candidate from South Africa to judge the Boran at the 1992 Nairobi Show - the initial step in increasing the awareness of Boran in South Africa. Douglas Ralfe accepted the invitation and together with his son, Tim, flew up to Kenya and judged the Boran at the Nairobi show.

They then spent ten days as guests of the KBCBS visiting the prominent Boran ranches in Kenya. Douglas was impressed with the Boran - "They were of a good type and were very suited to the environment they were being farmed in. When we visited the Mutare ranch we saw a herd of about two hundred red cows and calves, and approximately 50 meters away the same number of white cows and calves. What fascinated us was the great herd instinct shown by the cattle as they did not attempt to mingle even though there were only two herdsmen. It is without doubt the best sight of cattle I have had the privilege to see. Given the other wonderful characteristics that the Boran have, we decided then and there to import the Boran into South Africa."

In August 1995 Department of Animal Improvement recognised the Boran as a breed.
On 17 May 2003 the Boran Cattle Breeders Society of SA was founded.